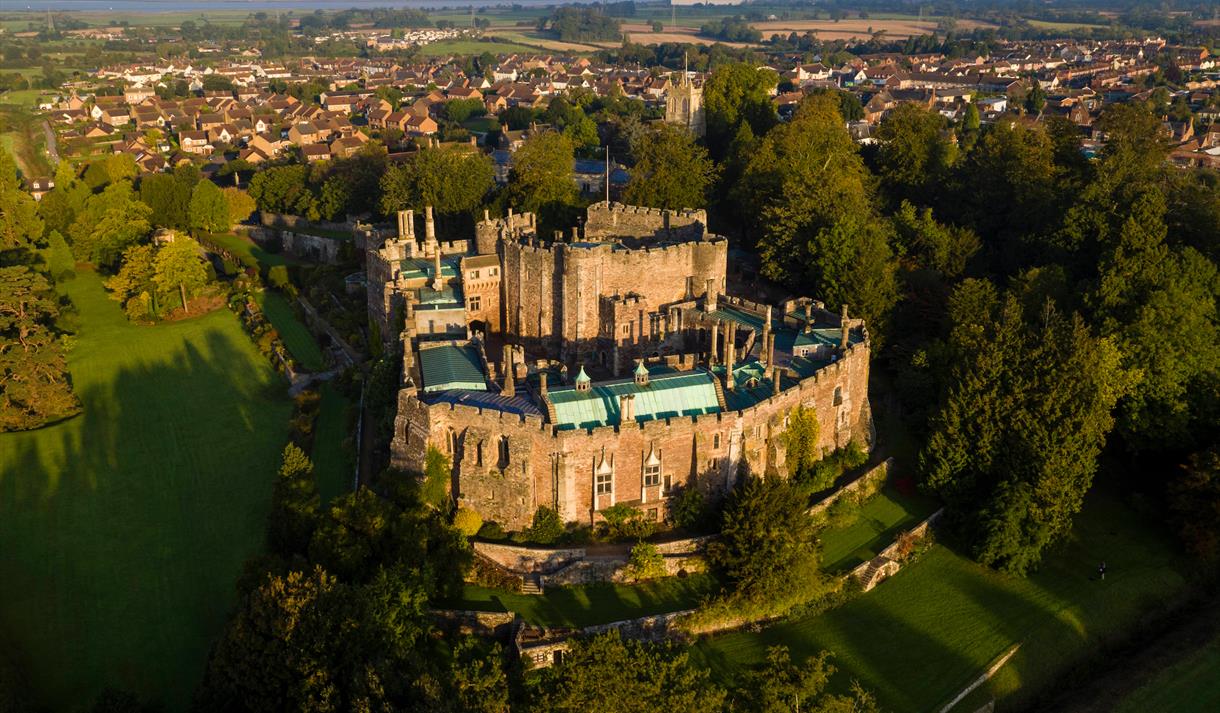 Berkeley Castle is considered by many as a hidden gem; it was built in 1153 by the Berkeley family, who still live there. Over the centuries it has changed from a foreboding fortress to a welcoming family home.

Travel throughout time and history, from the Keep with its dungeon, the room where Edward II is said to have been murdered, to the Drawing Rooms with their fine upholstery, chandeliers and silver lamps.  Visitors can see superb tapestries, silverware, paintings from the 16th-20th centuries, fine furniture and a unique spider’s web ceiling.

The Castle provides a great day out for families with its dressing up area, woodland play, Jester Dragon Hunt, quizzes and trails.  Free school holiday activities include archery, jousting, falconry, jester skills, dragons, living history displays, as well as the occasional visit from his majesty, Henry VIII and his six wives!

Discover more about the Berkeley family who were involved in many significant events throughout  England’s rich history; make up your own mind about the love story involving Mary Cole and the 5th Earl of Berkeley; find out which play Shakespeare wrote for a family wedding.

The Castle is frequently used as a filming location for many period dramas and has been featured in The White Princess, Wolf Hall, Poldark, The Hollow Crown, The Spanish Princess and Johnny English Strikes Again. Thanks to the castle's incredible architecture, grounds and history it is a popular choice for television and film productions.

Stroll in the terraced gardens, filled with unusual plants, and walk among free-flying butterflies in the Tropical Butterfly House.  The Yurt Restaurant serves hot and cold drinks, cakes, snacks and light lunches.

Henry II gave the Castle to the family in 1153, it has received royal guests ever since: Edward II, Henry VIII, Elizabeth I, the Countess of Wessex and the late Queen Mother have all been to Berkeley Castle.  Why not add YOUR name to that impressive list of visitors?

Find out about the latest on the roads and get travel directions from TravelWest.info

For comprehensive information about getting here by public transport, please visit TravelWest.info