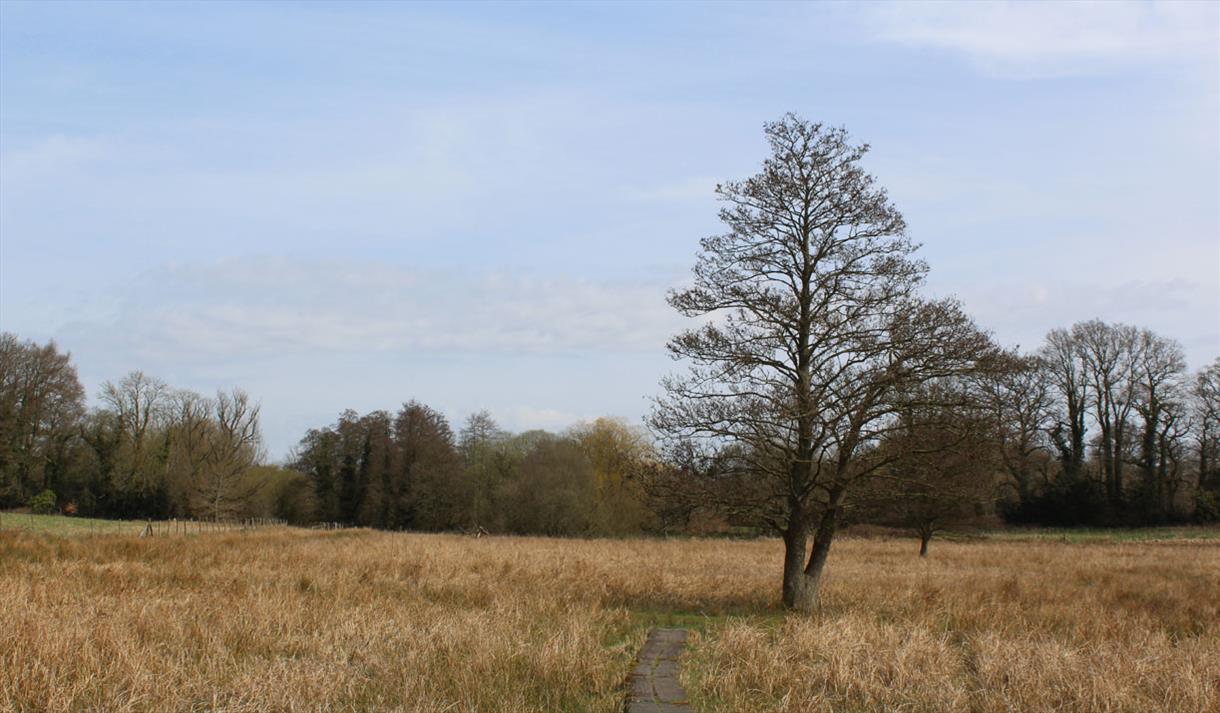 Jones’s Mill, a nature reserve owned by Wiltshire Wildlife Trust is a fen, made up of wet woodland, ponds and wet grassland. Its peaty soils are fed by natural springs and the Salisbury Avon flows through its centre. The Kennet & Avon Canal passes to the north of the reserve.

In the past a watermill was believed to have been built on the site but more recently the land was grazed by cattle to supply milk. Watercress was also grown here for markets in London.

The reserve has ditches, ridges and furrows - evidence of its past use as water meadows. It is home to wildlife that thrives in wet conditions - water voles, dragonflies, the elusive water shrew and birds such as kingfisher, snipe and heron.

The wet grassland is grazed with the Trust’s Belted Galloway cattle.

In spring and summer, the reserve bursts into colour with yellow flag iris, lady’s smock and water avens, southern marsh and common spotted orchid. Rare plants include the bog bean, bog pimpernel and flea sedge. If it wasn’t grazed the fen would turn into woodland. By keeping vegetation in check the cattle help to maintain a rich diversity of plants.

In the wet areas it’s best to stick to the boardwalks as water bubbles and shimmers at your feet. Paths through the rest of the reserve can be a little uneven. Dogs are welcome on the reserve provided they are on short leads.

From Pewsey centre, take High Street (B3087) towards Milton Lilbourne and Burbage. Drive through Pewsey and turn left down Dursden Lane, just before a white cottage. Cross over railway bridge and reserve entrance is on left close to small parking area. Alternatively, Park at Pewsey Wharf next to The Waterfront pub and walk 15 minutes along towpath to right towards Wootton Rivers. Turn right up bank after canal bridge. Enter reserve through kissing gate.

If cycling – Leave National Cycle Route 4 and follow signs for Pewsey. A local route runs through Pewsey and will take you to Dursden Lane. Visit www.sustrans.org.uk