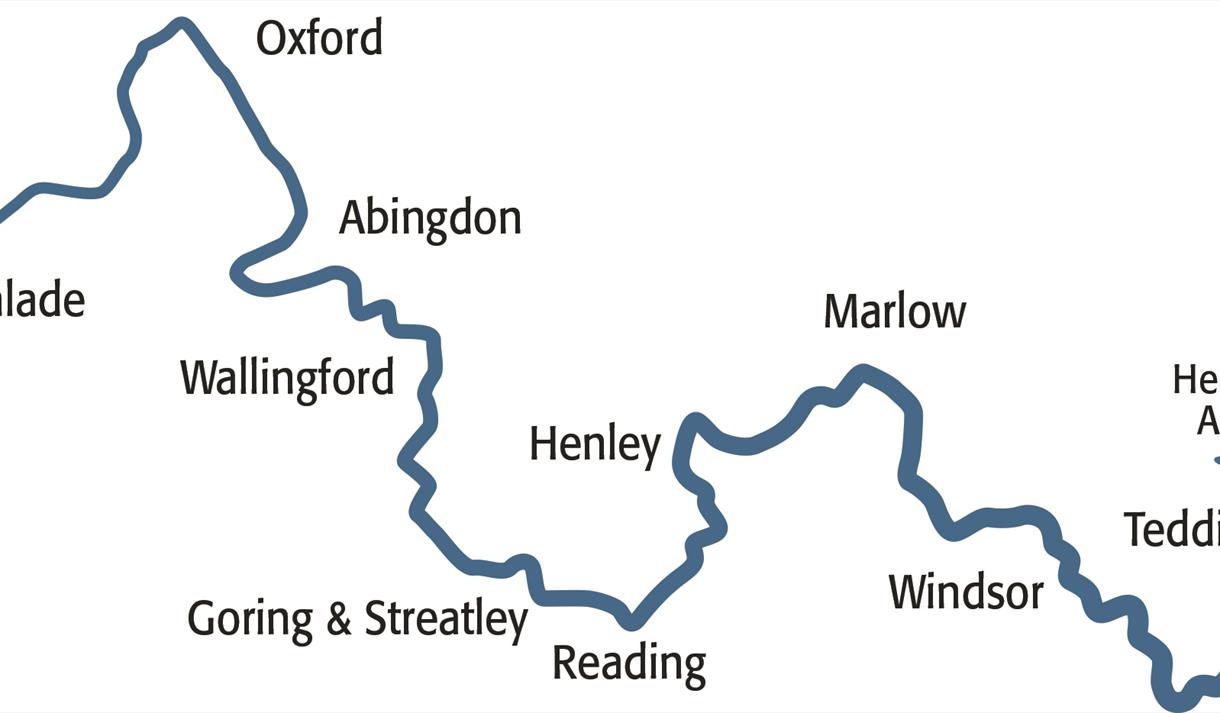 The River Thames is the longest and most well-known river in England. It is navigable for 215 miles starting as a small trickle in the Cotswolds; flowing through nine English counties; right through the centre of London; past the Thames Barrier out through the Thames Estuary to the North Sea.

It sits at the heart of some of England’s most historic events such as the sealing of the Magna Carta in 1215, a milestone of individual rights and freedoms which has provided inspiration for many important constitutional documents including The 1791 United States Bill of Rights. The Windsor stretch of the river from Hurley to Runnymede is the most historic: combining history with internationally famous events today such as the marriage of Prince Harry & Meghan Merkle. Set on the cliffs, 200 feet above the Thames, Cliveden, once the home of Lady Astor and famous for the Profumo affair was the hotel where the Duchess of Sussex stayed the night before her wedding.

The Thames Path National Trail is a long distance walking route starting at the source of the river and follows the banks of the Thames for 184 miles (294km) and finishing at the Thames Barrier in Greenwich. On its way the Trail passes through peaceful water meadows rich in wildlife, historic towns and cities such as Oxford, Henley, Marlow, Reading and Windsor, many lovely villages and some of the best known landmarks of London. It can be completed in 14 days with a couple of days’ rest.

Whether you are looking for a short break or day out along the River Thames, there is plenty of choice. Explore with a walk along the Thames Path National Trail or take to the water on a pleasure cruise at various locations. Stop off at one of the great riverside pubs and hotels along the way or try kayaking, canoeing, punting, rowing or a self-drive cruiser.  You can hire the boats by the hour, half day or day at various locations from Oxford to London.

The River Thames provides a perfect backdrop for a variety of festivals, regattas, events and Royal Swan Upping (third week in July); the annual census of the swan population on stretches of the Thames, dating back to the twelfth century.  From various literature festivals, the Traditional Boat Festival at Henley, Pub in the Park festival at Marlow, to the internationally renowned Henley Regatta.

Travel along the River Thames from London to Reading and you are following the route of the Great West Way. At Reading the Thames meets the Kennet & Avon Canal which continues to Bristol. Isambard Kingdom Brunel left his mark here too with a number of bridges over the River Thames, the most famous being the brick-built Sounding Arch (1838), which carries the west country mainline railway over the Thames just downstream of Maidenhead Bridge.

There are plenty of places to stay on the river, but to really experience the Thames at its finest, try a boating holiday either self-drive, a hotel boat or a cruise.

To discover more about the royal River Thames, its towns and villages, riverside accommodation and pubs, things to do along the river, festivals, regattas and events or a boating holiday go to Visit Thames.